How to become a B2B magician

Want better audience engagement? Learn how to surprise and delight your audiences with a few magical principles.

Stage and street magicians alike rely on one skill more than any other: attention management. It’s the key to any illusion—the certainty of a proposed reality the mind concocts from a mix of credible suggestions and the desire to believe. Credibility and desire—that sounds a lot like B2B marketing.

Now is when you should be thinking, “Hey! My job isn’t about tricking people.” And today’s magicians would say the same thing. Many have even dropped the traditional “misdirection” terminology and picked up the term “direction” instead. Why? Because their job isn’t about tricks or deception, it’s about stage-directing the audience’s eye to whatever will surprise and delight them the most.

Direction in magic usually works in one of two ways. The first is by guiding the attention of your audience, getting them to look at one thing (cutting a deck of cards) while you set up the trick elsewhere (palming the Queen of Hearts). The second involves placing higher-than-necessary emphasis on a superfluous factor of the trick (the solidity of a box’s outer construction) in order to take the mind completely off the possibility of a hidden factor (the assistant that is already inside said box).

You can surprise and delight your audience in the same way by having the mindset of a magician. It’s part of the fun of marketing…by surprising your customers, you’ll build or reinforce their affinity for your brand. By directing their attention, you can focus it directly on your message. And if you do it well, they’ll ask for an encore.

Two “tricks” for your next marketing event

Here are some examples of ways to bring magic to your message in a trade show scenario. 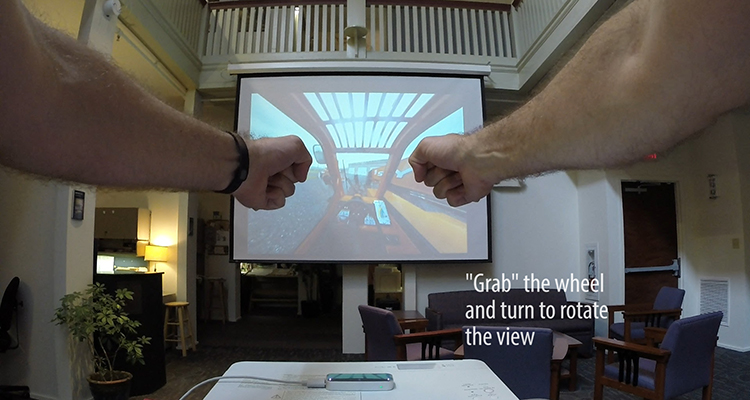 These are just two examples of how using redirection of attention and managing perceptions, can give your customers a truly magical experience at trade shows and beyond. If you think about it, you’ve probably employed this kind of thinking in other places throughout your marketing.